Dear Deepak, I respect your words of wisdom and I need some clarity with my sister and her 18 year old daughter. My sister raised my niece after her divorce, her father was in out of the picture but paid child support. They were inseparable when she was growing up, when she was around 12 my sister started online dating because up until then she had nobody in her life except her daughter. That’s when things changed and the fighting started. She planned a trip with her new boyfriend to Florida, and her daughter went to stay with her father, and never moved back. They have been in and out of the courts ever since. My sister cannot let go of the hurt she caused her from moving out, and my niece cannot forgive my sister for the online dating. She didn’t even give her a xmas card or present, home for college break spending xmas with them is heartbreaking. I have a great relationship with her, but can’t get through to her about the power of forgiveness. Can a daughter really hate her Mother. If you saw them together when she was young you would never believe this could happen. Thank you for your insight.

The daughter has been used to having her mother’s exclusive attention and affection. Now with her mother dating, she is afraid  and threatened by the prospect of losing that exclusivity. But since the daughter is now out of the house and away at college, this seems an unhealthy overreaction. It’s time for her to realize it is not acceptable for her to think she should be telling her mother who she can date. I’m afraid there is no quick remedy for this situation, the daughter is just going to have to grow up and realize her behavior is inappropriate and counterproductive. The mother is going to have to be patient and loving from a distance until the daughter comes around.

You may also like.
The Legacy of Divorced Parents
Ask Deepak
Worrying about the future
Ask Deepak
Detaching from Intention
Ask Deepak
Ask Deepak 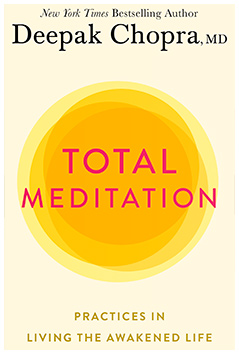